The Waste Doctor Is In!

We offer several different residential packages that will fit, any and all, of your refuse needs.

Own a business and need refuse pick up? We offer two different services, Toter and Dumpster.

Glass, Metal, Plastic, Paper, Corrugated Cardboard; we take it all! 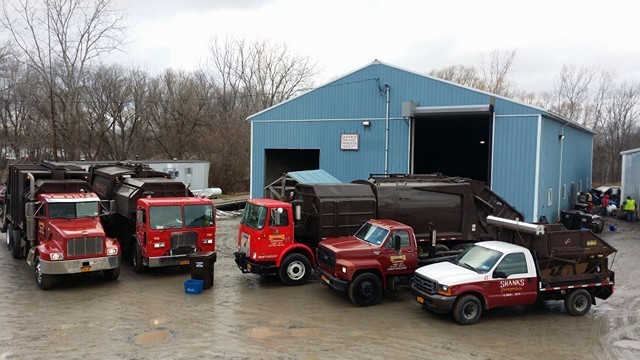 A few things we’re great at

Weekly pick up at the edge of the driveway/road on a designated day. Refuse and recycling is included with the service. Customers are welcome to enjoy a toter on wheels for bagged refuse to be placed inside and a blue box for recycling. The use of company equipment is complimentary while the customer has service. Upon suspension or cancellation, the equipment is returned to the company.

Residential Back In Service

Rentals are typically from 5-7 days. They are ideal for clean out projects, renovations & construction debris.

Own a business, need refuse pick up and do not generate enough for a dumpster? Try the commercial toter service for your weekly pick up needs. Recycling is included with the service.

There are various size dumpsters available for business customers to select from. We offer a range from 2YD up to 8YD, both rear load and front load containers. Service is offered weekly at the minimum.

Serving Its Neighbors Since 1962 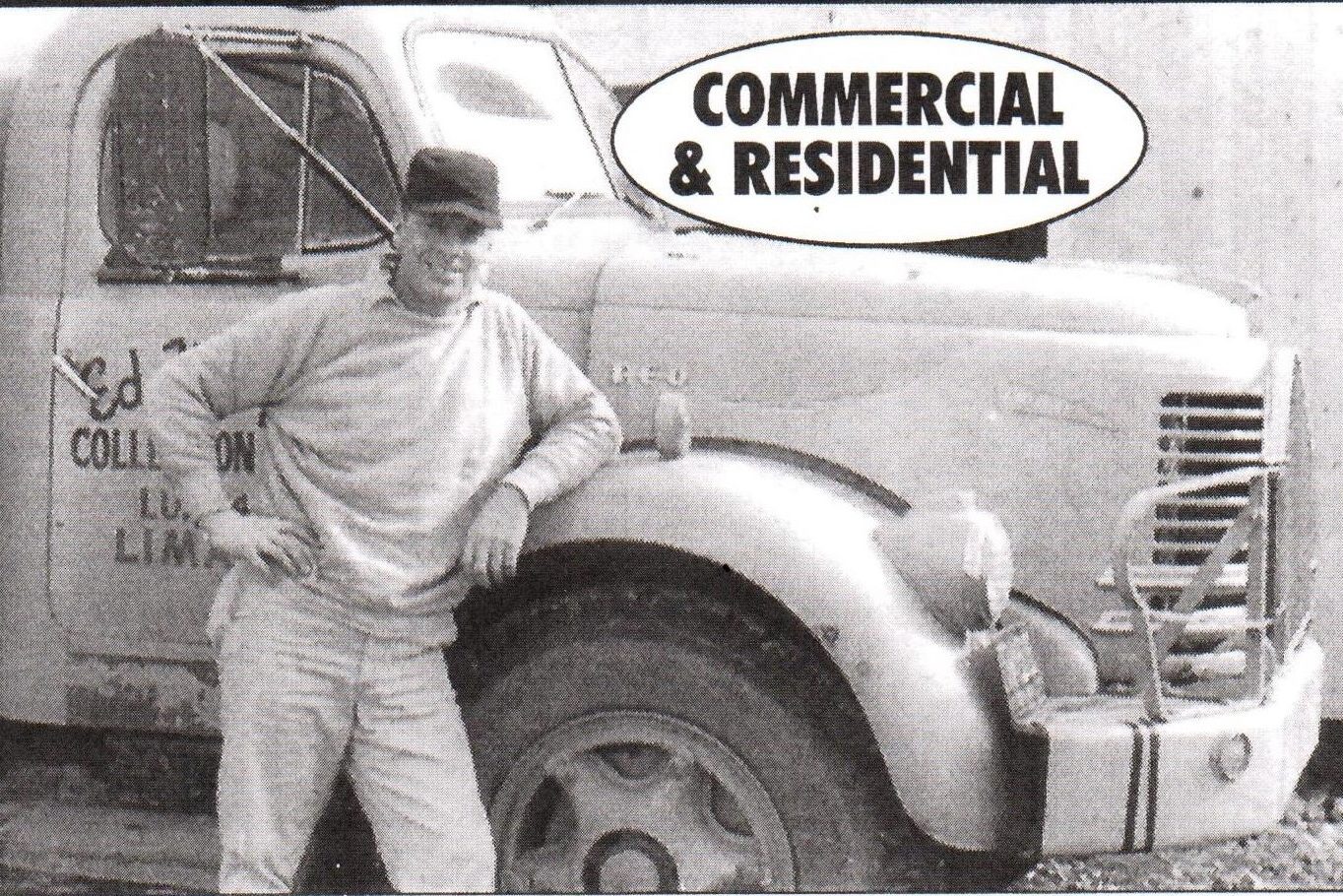 Lee W. Shanks, owner of Shanks Enterprises, Inc., serving the Livingston County and surrounding areas, coined the phrase “Serving our neighbors since 1962”.  He was the author of Days Gone By & More Days Gone By.  For a time, he also wrote a weekly column in The Clarion.

Lee was a Korean War Marine Veteran, a Past Commander of the Francis M. Dalton Post #282, past Chief of de-gar of Livingston 40/8, Past Master of the Union Lodge F&AM #45, Lima.  He was a 32nd degree member of the Rochester Consistory Scottish and York Rite and a Damascus Shriner.  He was a strong supporter of the Lima Rotary, Lima Fire Department, Lima Ambulance and Lima Town Highway Department.

Lee passed on June 9, 2017.  His family owned business continues on by his loving wife Edna, his son David Shanks and daughter Deborah Shanks.

He touched the lives of many.

“To me he embodied a combination of patriotism, compassion, a clear sense of right and what’s wrong, being a friend what you could always count on, a quick wit, a broad smile, a firm handshake.  I could go on and on.  He was the type of man that most of us strive to be but fall short in one way or another.  And what a storyteller!  I often thought to myself that Lee was the shining example of why his generation had been called the “Greatest Generation”.  The world needs more men like Lee.  He set the example of how to treat your neighbor and stranger alike. Rest in peace, my friend.”

It was with great sadness we lost one of our founding members, over the summer, Lee W. Shanks. Lee passed away suddenly on June 9, 2017 in Lima. Lee was a long time member of the Lima Historical Society. His presence in the community and our organization will be sorely missed. Over the years, Lee and his beautiful wife, Edna, gave generously to our organization whether it was a cash donation, artifact donation or donating refuse pick-up at Tennie Burton Museum. Lee and Edna were always present in support of us. Lee also gave of his time to our society in the manner of presenting educational programs, now and then, at our general meetings. We could always count on Lee and his wonderful memory to educate Lima community & the general public of Days Gone By. Thank you, Lee and Edna, for your generous support throughout the years. we are grateful, thankful, and appreciative for all Lee contributed to the Lima Historical Society. Edna, we cannot thank you enough for the significance of the contributions you & Lee have made to Lima Historical Society since its inception over 40 years ago. Thank you, Lee W. Shanks and Edna Shanks. -Judi Cooper

Don’t take our word for it – here’s what our clients say:

Perfect Service…been a customer for 18 years, never raised rates, or missed a pickup. Loan you a monster rolling dumpster…free.  They are the salt of the earth, wish more businesses operated in this consistent, honest manner.

I switched over from Waste Management to Shanks probably 10 years ago mainly for the 30% price difference in their services. Because of their drivers (who are always willing to go the extra yard) and the front office women (who are always competent and even nice to me when I am in a bad mood) I have never looked back. I owned the IB in Geneseo for 39 years which is now student housing and I am still with Shanks.

Shanks Enterprises has been our refuse service of choice for 15 years.  They are friendly, dependable, reasonably priced and most important – A local family owned operation!

Inquire about either our residential or commercial services!

NEW CUSTOMERS:
Due to the recent increase in customer base we have temporarily suspended accepting new customers IN CERTAIN AREAS. Please contact our business office for additional information.

Business Office: Phone: 585-624-2126 or 585-582-2120
Please know the business office is open to accept your phone calls only at this time. We kindly ask that the general public and current customers please suspend visits to the business office. If you should experience a slower than usual wait time regarding contacting our business office by phone or email, please remember we are extending the best customer service to others as we would to you. We will return your call and/or email as soon as possible.

Company Equipment:
We would like to thank you in advance for your patience regarding the delivery, exchange or removal of our equipment. Typically, the wait time is 7-10 business days and could be longer, especially during the summer time and holiday seasons.

Holiday Collection:
Please refer to the Holiday Schedule tab for alternate collection days during this holiday season. Important Reminders: we will NOT be collecting bulk items/excess refuse during holiday weeks. Please be ready for collection by no later than 5:30 am of your scheduled collection day. We will NOT be returning the same day or on a different day within the same week. We appreciate your understanding of our workers collecting the same amount in less time.

Shanks Enterprises has been proudly serving our neighbors since 1962.
We value our customers and thank you for your business and support!